The Week Without Violence (WWV) is an annual campaign during the third week of October to end violence against women.

Since 1999, the northern metropolitan region (NMR) has marked the week, primarily through the Clothesline Project, where every year, hundreds of people paint and display T-shirts to raise awareness about family violence.

Due to COVID-19, the campaign went online in October 2020. The community stood united against family violence with victim survivors and more than 30 organisations participated in the social media campaign to create a virtual Clothesline with messages to end family violence.

The NIFVS Team were also interviewed about the WWV for the 3KND Kool ‘N’ Deadly Standing Strong Together Radio Program. 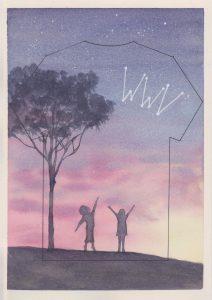 Every year hundreds of people across the NMR mark the WWV by painting T-shirts. The Clothesline Project concept is simple: each participant expresses their feelings about family violence, on a T-shirt. The T-shirt then hangs on a virtual or real clothesline displayed by organisations or in public spaces throughout the region.

What does a campaign involve?

How: Become a campaign facilitator and host an activity.

What: Organise an activity in your organisation or community.

Where: Find further information about approaches in Group Settings and Display Settings.

View the 20th Anniversary Week Without Violence film, created in 2019 to celebrate the history in the region.

Resources to Support your Campaign Activity

Get inspired about what to draw on a T-shirt.

History of the Week Without Violence

The Week Without Violence is an initiative created by YWCA USA in 1995. Over the past two decades, organisations around the world have hosted community events to end violence against women.

Activities focus on raising awareness, promoting attitude change and enabling individuals and organisations to begin positive actions towards ending violence in their communities.

History of the Clothesline Project

In 1990 a coalition of women’s groups in Massachusetts, USA, developed a program to break the silence and bear witness to the prevalence of violence against women.

The Clothesline Project was designed to: